Role of Religious Actors in the Prevention of Extremist Radicalization

On January 16th 2022, we celebrate World Religion Day, a day to promote understanding and peace between all religions, and encouraging mutual understanding amongst faith traditions. In the context of today’s challenges, upholding and uplifting these values is critical in supporting and advancing sustainable peace efforts.

Preliminary results of the PAVE project demonstrate that religious actors and communities play a pivotal role in preventing and countering radicalization of violent extremists, notably at the community level. Whereas states and private entities can bring resources and technical assistance to the process, religious and traditional actors can contribute intangible resources such as respect, trust and credibility at the grassroots level.

We know that religious actors are frequently underutilized and have untapped potential to serve as key players in building and sustaining peace. Through their added-value, stakeholders, including governments, civil society, and multi-lateral entities, have realized the mutual benefit of collaboration and have actively sought to collaborate with religious communities to better address the conflict resolution and peacebuilding in local communities.

This collaboration specifically supports the advancement of Sustainable Development Goal 17, which calls to "strengthen the means of implementation and revitalize the global partnership for sustainable development." This SDG is an essential development goal as it assists in the success of every other goal. The global community cannot achieve full success in the achieving Agenda 2030 without significant collaboration.

As a result, the Network for Religious and Traditional Peacemakers, as a PAVE Project partner, will develop policy guidelines and training materials that will be utilized to enhance community resilience as well as government-community relations. The trainings and policy guidelines will also support the role and capacity of women and youth of faith.

In looking at the preliminary findings from interviews with actors from MENA and the Balkans, women frequently fill roles of primary caregivers as mothers, teachers and healthcare professionals, and local civil society activists, to name a few. These positons are some of the most fundamental positions within a society as they require frequent interaction with youth and community members. As a result, women are able to notice signs of radicalization and recruitment in early warning efforts. Unfortunately, local patriarchal norms, customs and laws are still hindering their ability to fully participate and lead in these efforts in a holistic manner. Similarly,youth also can play important roles in the prevention of radicalization but again, face power dynamics that hinder their full engagement in processes, as well as false accusations that they are involved in radical efforts themselves. In order for efforts of preventing and countering violent extremism to be as effective as possible, these partnerships must be strengthened with all members of the society, including addressing the barriers that they face.

Innovative policies, programming and training must be developed and advanced to bolster partnerships between entities and religious communities to promote economic empowerment, social cohesion and emotional and physical well-being to strive for community-based resistance to radicalization and to counter violent extremism once and for all. 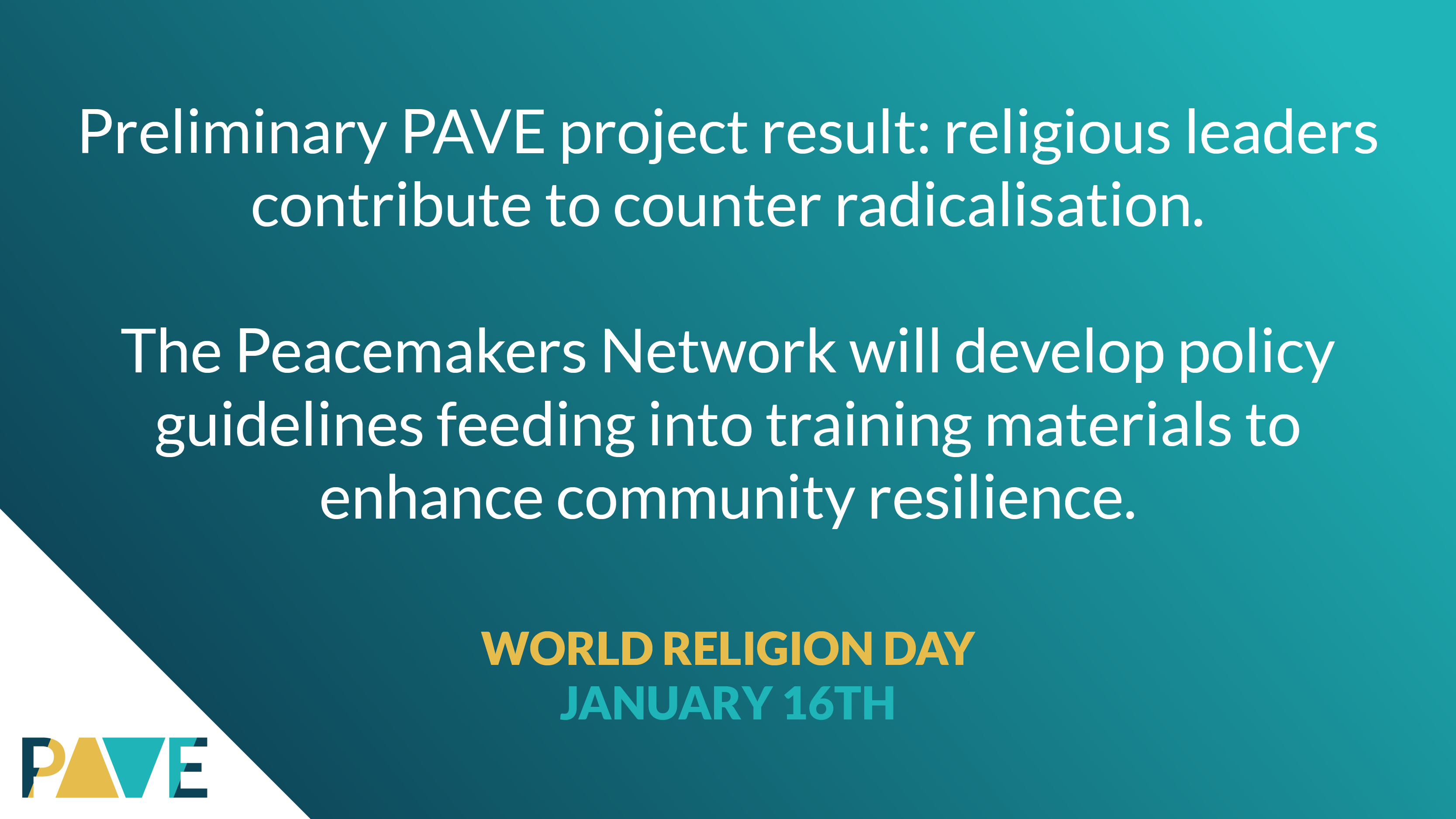