Podujeva, July 23, 2021: In the framework of the PAVE research and implementation of the fieldwork plans, the Kosovar Centre for Security Studies (KCSS) organized the second focus-group in the Municipality of Podujeva, which is one of the two field sites selected for the research with respect to offline and online (de) radicalization. Participants of the focus group included members of the Municipal Community Safety Councils which are forums established in every municipality of the Republic of Kosovo, and they are chaired by the municipal mayor. Participants include the commander of the police station, leaders of the local branches of national political parties, religious leaders, community leaders, non-government organizations, media, etc. The participants discussed different issues that make communities vulnerable to religious and ethno-political radicalization as well as factors that strengthen their resilience. Another important aspect of the discussion included the role of the social media in promoting radicalization. While a full report is being prepared from the focus-group discussion, some of the commonly agreed themes among the participants included the lack of meaningful engagement and communication between parents and schools in order to have early detection of cases when young people are subject to radical material. Lack of opportunities for youth is also a contributing factor to community vulnerability. Participants also raised concerns over lack of proper awareness and education of parents over social media networks and channels. One of the important findings with respect to community resilience from the discussion in Podujeva, includes the important role that the official religious institutions played in curbing any efforts to radicalize youth. Religious leaders were actively engaged to counter any narratives and campaigns that aimed at recruiting young adults to participate in foreign conflicts. 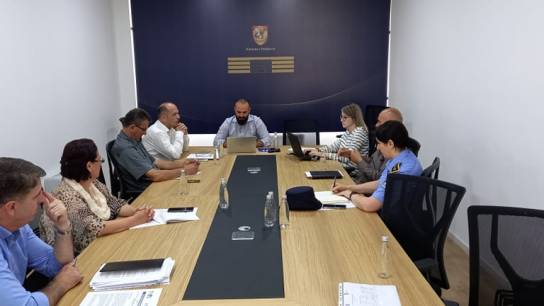